The Center for Rural Pennsylvania’s Board of Directors has awarded research grants to faculty at Pennsylvania State University and the University of Pittsburgh at Bradford as part of the Center’s 2018 Research Grant Program.

The research projects are set to begin in February and will focus on a wide range of issues to provide data and policy information to the Pennsylvania General Assembly.

“The Center’s Board of Directors, independent reviewers and Center staff are always mindful of the issues that need further examination,” said Senator Gene Yaw, Center board chairman. “From the grant review process, we recommend projects that will build on the Center’s base of information and rural Pennsylvania’s need for answers to important issues. As always, the board looks forward to sharing the results of this research with policy makers and our rural residents and communities.”

The 2018 research grant projects are summarized below.

Analysis of K-12 Teacher Demand and Supply in Pennsylvania
Dr. Ed Fuller of Pennsylvania State University will analyze trends in K-12 teacher supply and demand in rural and urban Pennsylvania public schools. The analysis will also examine the production of teachers by instructional area, such as elementary school generalist and secondary mathematics, and by rural and urban location and Intermediate Unit.

Economic Implications of Pennsylvania’s Foreign-Born Population
Dr. Brian Thiede of Pennsylvania State University will examine the contribution of foreign-born residents to economic activity in rural Pennsylvania. The research will estimate the foreign-born share of the workforce in rural Pennsylvania, develop a profile of this population’s socioeconomic characteristics, and compare the findings with urban and native-born populations. It will also analyze trends over time and identify policy implications.

Evaluation of Senior Community Centers in Rural and Urban Pennsylvania
Dr. Janet Ann Melnick of Pennsylvania State University €“ Worthington Scranton will analyze the challenges and opportunities that senior community centers face in providing service to rural and urban constituents. The research will identify innovative and successful models that senior centers are using to provide services to older adults in Pennsylvania as well as identify policy issues.

Incidence Rates and Risk Factors for Commercial Sexual Exploitation of Children (CSEC) in Rural and Urban Counties in Pennsylvania
Dr. Casey Pinto of Pennsylvania State University €“ Hershey will analyze Pennsylvania Children and Youth Services case management data from 2016-2017 to investigate CSEC in rural and urban settings. The research will provide evidence on the scope of CSEC in Pennsylvania and identify differences in risk factors among rural and urban victims.

Analysis of Obesity Rates for School Children in Pennsylvania
Dr. Shailendra Gajanan of the University of Pittsburgh at Bradford will tracks childhood obesity rates in the last 10 years, using data from rural and urban school districts in Pennsylvania. The research will identify socioeconomic and school district factors, such as PSSA scores, and free and reduced school lunch rates, that relate to changes in obesity rates within rural and urban districts.

Pennsylvania residents and visitors sometimes use Pennsylvania State Game Lands for hiking, bird and wildlife watching, horseback riding, rock climbing, and mountain biking. While these secondary recreational uses are allowed, the main purposes of the State Game Lands (SGLs) are to manage habitat for wildlife and provide opportunities for lawful hunting and trapping.

At times, the non-consumptive use of SGLs has been a point of contention since some view non-hunting users on game lands as privileged, or sometimes, unwelcome guests.

To learn more about the extent to which the general public participates in non-consumptive, or wildlife tourism activities, on public land in Pennsylvania, Dr. Susan Ryan of California University of Pennsylvania conducted research by surveying hunters, non-hunters, and public policy stakeholders in 2016 and 2017.

The research also reviewed policy issues surrounding the access and use of Pennsylvania SGLs, and gathered input on public policies that govern these lands.

For the research, wildlife tourists were broadly defined as those who engage in non-consumptive or non-lethal wildlife activities for leisure purposes.

Data from the surveys were summarized to present a profile of current wildlife tourists and Pennsylvania’s available wildlife tourism product. It also summarized findings on policy issues related to permits and land use access for non-hunters and non-hunting activities.

Based on the survey results, the research provided several policy considerations as follows:

For a copy of the research report, Wildlife Tourism on Pennsylvania Public Lands, visit the Center’s website at www.rural.palegislature.us.

As detailed on Pages 1 and 3, this year’s round of funded projects is quite varied.  The projects illustrate the diversity of issues and opportunities rural Pennsylvania communities are facing in 2018 and beyond. They also hold considerable potential to provide important information and policy considerations to the Pennsylvania General Assembly. And, as we have seen from prior research, the results prove useful for state and federal agencies, local governments, and even nonprofit organizations throughout the commonwealth.

As our researchers from our partnering universities begin their projects, draft final reports from the 2017 grant cycle are beginning to filter into the Center’s office. Staff reviews them for content and contract compliance, and, once assured of their thoroughness and accuracy, prepares them for board review and acceptance, and then for final publication. Highlights of a recently released report on wildlife tourism on Pennsylvania public lands are included in this issue on Pages 1 and 6.

Another layer of activity taking place over the next few months is the identification of potential research topics for the Center’s 2019 research grant cycle. At our first board meeting of every year, board members and staff bring potential research ideas to the table for review. The ideas are based on the knowledge and expertise of each board member, as each knows of the many issues and opportunities that rural communities are or may be addressing in the coming years.

We’re especially pleased to welcome Darrin Youker, of the Pennsylvania Farm Bureau, to the Center’s Board of Directors. Mr. Youker’s knowledge of Pennsylvania agriculture and our farming communities will certainly bring great insight to the board’s decision-making process.

After the ideas for the next research round have been reviewed, and the board approves the targeted research topics, the Center will prepare and issue its formal 2019 Request for Proposals. That’s when the next cycle begins and the work continues once again.

As the year progresses, we will continue to share the results of our research and database analyses on rural Pennsylvania with you. Thanks again for your support, and best wishes for a healthy New Year. 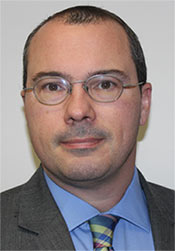 At its December meeting, the Center for Rural Pennsylvania’s Board of Directors welcomed Darrin Youker to the board.

Mr. Youker was appointed to the board by Gov. Tom Wolf. He is the Director of State Government Affairs for the Pennsylvania Farm Bureau, and previously served as the Farm Bureau’s Director of Member Communication.

Prior to joining the Farm Bureau, Mr. Youker worked for more than a dozen years as a daily newspaper reporter for publications in New York and Pennsylvania.

He received his degree from the State University of New York at Fredonia.

For this analysis, the Center for Rural Pennsylvania, using a modified definition from the U.S. Bureau of Labor Statistics, defined the rural working poor as: non-institutionalized individuals age 18 years old and older who spent at least 27 weeks in the labor force during the preceding 12 months and whose household income was below the poverty level.

In 2016, the Census Bureau considered a two-person household with an income below $15,569 to be in poverty.
The data sources for this Snapshot are the 2012 and 2016 American Community Survey, 1-year average, Public Use Microdata Sample, U.S. Census Bureau.

The rural working poor make up about 5 percent of the total rural Pennsylvania workforce. 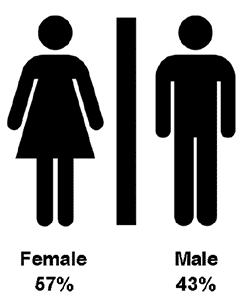 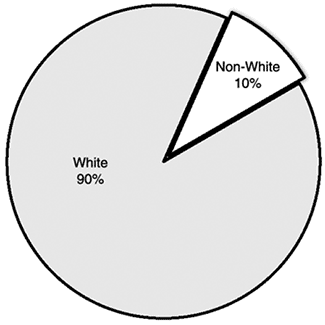 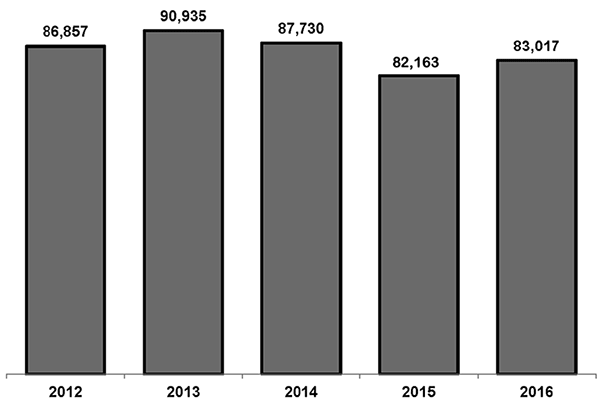 Rural Working Poor by Number of Hours Worked per Week, 2016 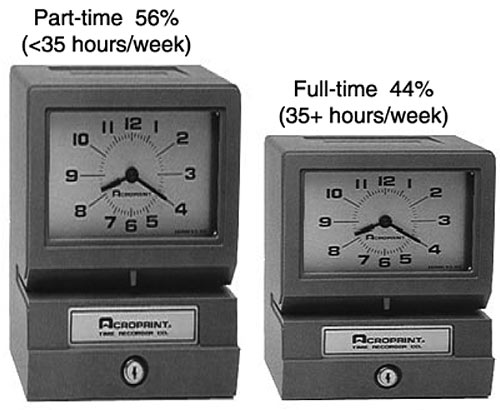 Highest Level of Educational Attainment Among the Rural Working Poor, 2016 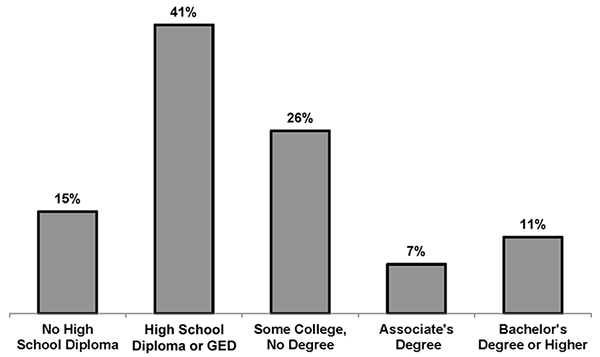 71 Percent of pre-1940 rural homes that are owner-occupied (61 percent for urban homes).

Generally speaking, licensed brewery pubs are authorized to sell malt or brewed beverages produced and owned by the brewery. The brewery pub must brew at least 250 barrels per year. Licensed limited wineries can sell the alcoholic ciders, wines and wine coolers they produce as long as they do not to exceed 200,000 gallons per year. Limited distilleries are those that produce not more than 100,000 gallons of distilled liquor per year.

According to PLCB data, as of December 2017, there were 20 brewery pubs in rural Pennsylvania and 66 in urban Pennsylvania. The three counties with the highest number of brewery pubs were Lancaster, York, and Chester, each with more than seven.

National data from the Brewers Association, a trade association for small and independent craft brewers, show that, in 2016, there were 1,916 brew pubs in the U.S. From 2012 to 2016, the number of brew pubs increased 63 percent.

And, according to the American Craft Spirits Association, a trade group of distilleries, there were 1,439 distilleries of all sizes in the U.S. in 2016. The number of distilleries increased more than 200 percent from 2012 to 2016.