Center Board Chairman Senator Gene Yaw said the quality and scope of this year’s project proposals were impressive.

“The board selected the projects that will build on or complement the Center’s extensive database on rural issues and opportunities,” Yaw said. “The research results will offer the General Assembly and others information that will help to support future policy recommendations and programs. As always, the Center’s board is grateful for the participation of our partner universities in the research grant program and in helping to provide sound data and information about Pennsylvania.”

Here’s a look at the 2019 research projects.

The Role of Rural Public Libraries in Providing Access to Online Government Services
Dr. Sara Grove of Shippensburg University of Pennsylvania will use publicly available data, focus groups, and an original survey to examine online services provided by rural public libraries, challenges to service provision, and innovative programs. Dr. Grove noted the importance of the research as public libraries have taken on roles beyond those associated with being book repositories.

Attitudinal Survey of Rural Pennsylvanians
Michael Behney of Pennsylvania State University €“ Harrisburg will survey approximately 2,000 Pennsylvanians, both rural and urban, to identify their current views on a variety of topics. He will compare these responses with similar surveys conducted in 2008 and 2003 to analyze trends over time. The research will provide policymakers with information needed to understand the current perspectives and key concerns of rural Pennsylvanians and how these have changed over the past decades.

Information Systems Security (ISS) Readiness Assessment for Municipalities in Pennsylvania
Dr. Jungwoo Ryoo of Pennsylvania State University €“ Altoona will assess the cybersecurity readiness of rural and urban municipal governments in Pennsylvania in terms of their infrastructure, literacy, and daily practices. The research will also provide an inventory of the types of security technologies, programs, and platforms used in local governments.

The Economic Impact of Pennsylvania’s Rural Community College Campuses
Dr. Matt Saboe of West Chester University of Pennsylvania will assess the economic impact of rural community college campuses in Pennsylvania. In addition to secondary data, he will collect primary data through interviews with key stakeholders to develop policy implications and recommendations.

Analysis of Expenditures and Participation in Public School Sports
Dr. Brian Foster of Lock Haven University of Pennsylvania will use Pennsylvania Department of Education data to analyze how rural and urban Pennsylvania schools compare on athletics expenditures and participation. He will also examine how those factors relate to various sociodemographic and school district indicators.

Pennsylvania’s Emerging Cider Industry and its Contribution to Artisan Beverages and Sustainable Agritourism
Dr. Alison E. Feeney of Shippensburg University of Pennsylvania will inventory, map, and analyze characteristics of the state’s cider industry, including production and consumption, in both rural and urban locations. Dr. Feeney will also provide policy considerations that may help to build this industry and its potential for sustainable agritourism.

At its December 2018 meeting, the Center's Board of Directors approved eight research grant projects for the 2019 Research Grant Program. Pictured above: Board Secretary Dr. Nancy Falvo, and Board Chairman Sen. Gene Yaw. Pictured below left to right: Board Vice Chairman Rep. Garth Everett and Board Member Darrin Youker. 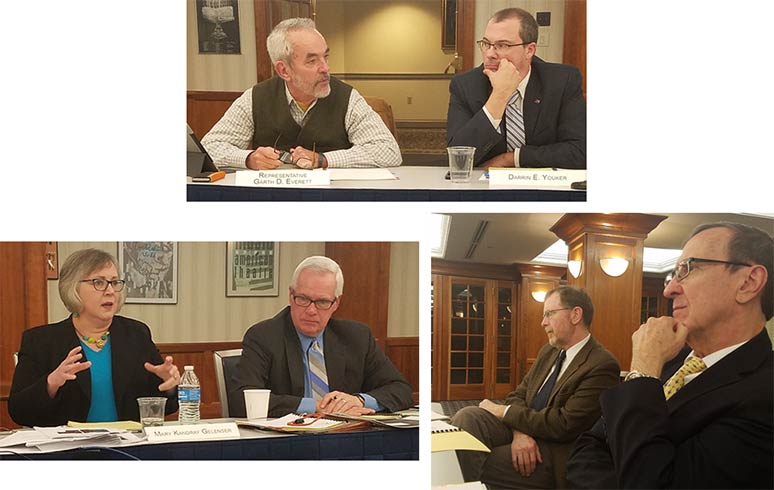 Happy New Year. I hope you had a good holiday season and are ready to begin this New Year with renewed inspiration. The New Year always brings a surge of activity at the Center as we prepare to kick off a new round of research grant projects. As noted on Page 1, the Center’s board approved eight new research projects as part of the 2019 Research Grant Program. It’s through this program that the Center identifies policy considerations for legislative and executive branch deliberation and action.

As we begin this new round of research projects €“ which are conducted by our faculty partners at Penn State University, the Pennsylvania State System of Higher Education universities, and the regional campuses of the University of Pittsburgh €“ Center staff is also busy reviewing draft final reports from the 2018 grant cycle. As these draft final reports filter into the Center’s office, staff reviews them for content, thoroughness, accuracy and contract compliance, and, afterward, prepares them for board review and acceptance.

All of this occurs while previously accepted reports are edited and prepared for publication and release to the General Assembly and the public. Page 6 features some findings of a recently released report on the economic benefits of the Pennsylvania state forest system. The research was completed by researchers at Penn State Harrisburg.

Over the next couple of months, the Center will also be identifying potential research topics for the Center’s 2020 grant cycle. At the first board meeting of every year, board members and staff bring potential research ideas to the table for review. The ideas are based on input from our board members’ working knowledge of rural Pennsylvania, and from members of the General Assembly, executive branch agency representatives, and other organizations that work closely with the Center. These ideas typically center around issues that rural communities are or may be addressing in the coming years, and they also come from prior research findings. Once the ideas for the next research round have been reviewed and approved as targeted research topics by the board, the Center will prepare and issue its formal 2020 Request for Proposals. That’s when another cycle begins and the work continues once again.

Finally, on behalf of the board, I welcome Rep. Eddie Day Pashinski to the Center’s board. We look forward to his participation.

About the Survey
These are the results of a 2018 survey conducted by the Center for Rural Pennsylvania. The Center surveyed approximately 3,500 elected officials in boroughs and townships of the second class with populations under 2,500 in September 2018. The Center conducted the survey to get a more in-depth look at the more than 7,100 municipal officials who are governing Pennsylvania’s 1,503 smaller boroughs and townships. The Center compared the results of the survey with similar surveys conducted in 2008 and 1999. Names and addresses for the mail survey came from the Governor’s Center for Local Government Services. 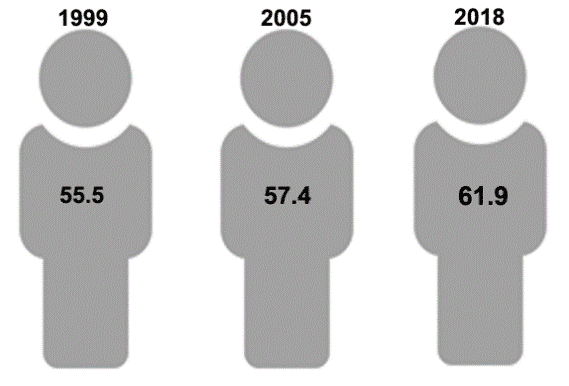 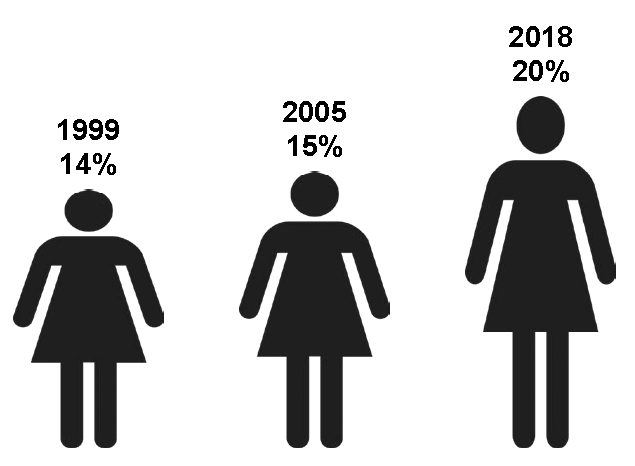 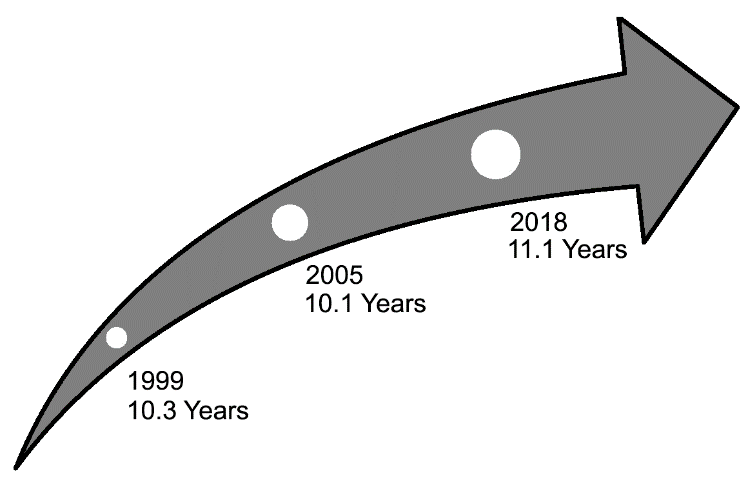 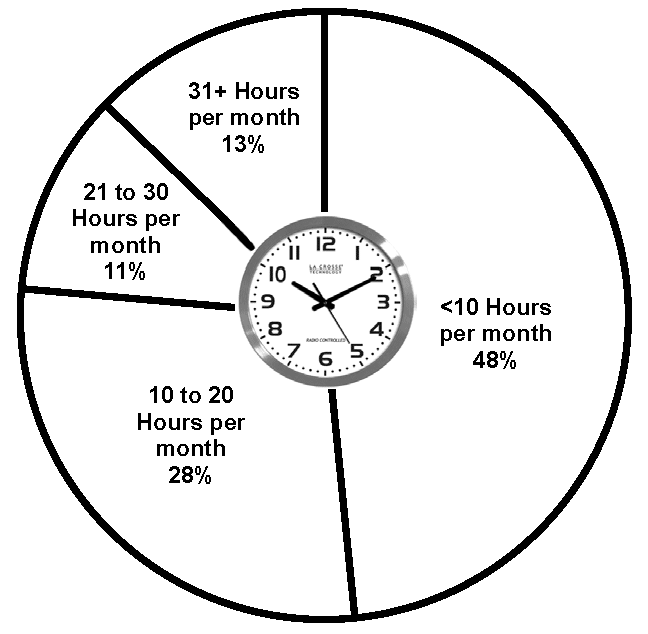 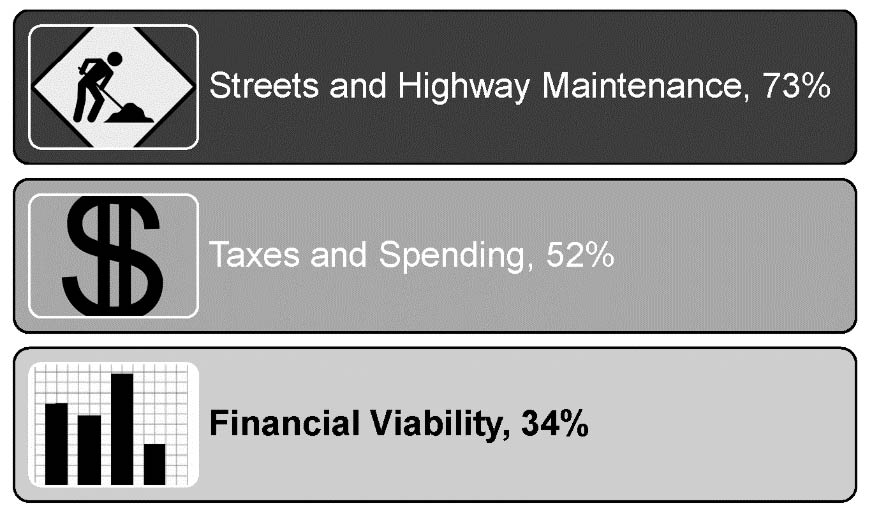 Percent of Municipal Officials Who, in their Most Recent Election, Ran Unopposed in Both the Primary and General Elections, 1999, 2005, and 2018 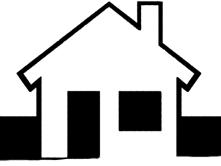 In 2018, 63 percent of elected municipal officials lived in the same municipality for 30 or more years.

To estimate income derived from the state forest system, the researchers compiled and analyzed 5 years of data (2012-2016) from the Pennsylvania Bureau of Forestry that detailed sales of state forest goods, such as timber, gas and oil. Over the 5-year period, the state forest sold about $632 million of forest goods, with oil- and gas-related sales accounting for about 80 percent of the total, and timber-related sales accounting for 18 percent of the total. On average, there were 544 bids and 141 timber sales each year.

The researchers also used existing data to conduct economic contribution and impact analyses for recreational trips made to state forestlands. For the contribution analysis, the researchers used existing data on how much people spend on recreational trips made to state forestlands. The data were from visitor-use-monitoring surveys conducted specifically for Pennsylvania’s state forests. According to the data, the total estimated annual expenditures associated with state forest visitation were nearly $400 million. The major industries associated with the expenditures were lodging, restaurants, groceries, and gasoline, which accounted for 87 percent of the total. The estimated total economic contribution to Pennsylvania’s economy related to these state forest recreational trips was 5,122 jobs, $180 million in labor income, $454.7 million in total output, and $266.7 million in value-added effects. The data also suggest that for every three jobs created by state forest visitation spending, one additional job will be created in Pennsylvania’s economy.

For the economic impact analysis, the researchers used existing expenditure data from survey-based estimates of how much out-of-state visitors spent on trip- and equipment-related items for hunting, fishing, and wildlife-watching in Pennsylvania in 2011. The total estimated annual expenditures associated with state forest visitation were approximately $93.4 million. The estimated total economic impact to Pennsylvania’s economy of spending related to these out-of-state state forest recreational trips was 1,716 jobs, $64 million in labor income, $117.4 million in total output, and $94 million in value-added effects. The data also suggest that for every three jobs created by out-of-state state forest visitation spending, one additional job will be created in Pennsylvania’s economy.

In terms of PILT, in 2016, payments were made to 386 local governments, 158 school districts, and 51 county governments statewide, for a total of $7.7 million, or about $2.57 million to each jurisdictional level. The PILT payment was set at $1.20 per acre per jurisdictional recipient ($3.60 total per acre), but has since increased to $2 per acre per jurisdictional recipient ($6 total per acre) per Act 85 of July 13, 2016. The research on state forest PILT systems in 10 peer states suggests that Pennsylvania’s flat-rate of $6 PILT per acre appears adequate compared to the PILT average-per-acre of peer states. Some states do not have a PILT system for state forestland. Those that do tend to have substantially more complicated PILT calculation systems than Pennsylvania’s, but come up with relatively similar payments.

For a copy of the research report, click here.

Just the Facts: Let's Eat Out

Even after controlling for population, there are more restaurants in urban areas than in rural areas (175 per 100,000 urban residents vs. 150 per 100,000 rural residents).