Pennsylvania’s 2,560 municipalities are governed by nearly 12,800 elected officials. More than 7,100 of these officials, or 56 percent, govern municipalities with fewer than 2,500 residents.

To learn more about these officials and their communities, the Center for Rural Pennsylvania conducted a statewide survey in September 2018 of municipalities with fewer than 2,500 residents. The respondents included borough council members and mayors, and supervisors in township of the second class.

According to the survey results, the respondents have been serving their municipalities for 11.1 years, on average, and they initially sought local elected office because they wanted to be active in the community, were encouraged to serve by others, and wanted to improve their communities. Fifty-four percent said they ran unopposed in their last election, and 67 percent said they planned to run for re-election.

The top three municipal issues cited by respondents were streets and highways, taxes and spending, and financial viability.

Seventy-four percent of respondents volunteered in their community. The top three types of volunteer activities were religious organizations, social/civic organizations, and fire companies.

The full results, 2018 Survey of Small Town Municipal Officials, are available on the Center’s website at www.rural.palegislature.us. 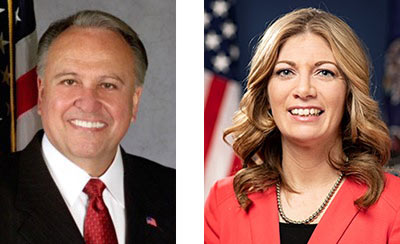 At its February board meeting, the Center welcomed Rep. Eddie Day Pashinski. Rep. Pashinski serves the 121st District, which includes Wilkes-Barre City, Fairview Township, Wilkes-Barre Township, Ashley Borough, Hanover Township and Laurel Run Borough in Luzerne County. He was first elected to the House of Representatives in 2006, and serves as the Democratic chairman of the House Agriculture and Rural Affairs Committee.

Rep. Pashinski is a graduate of Wilkes University, with a degree in Music Education and a master's equivalency. He was a music teacher and choral director at the Greater Nanticoke Area School District.

In March, the Center's board welcomed Sen. Katie J. Muth. Sen. Muth serves the 44th Senatorial District, representing parts of Montgomery, Chester and Berks counties. Sen. Muth serves as the Democratic chair of the Urban Affairs and Housing Committee, and serves as a member of the Finance, Health and Human Services, Intergovernmental Operations and State Government committees. Sen. Muth earned a bachelor’s degree in Athletic Training at Penn State University, and obtained her master’s degree at A.T. Still University of Health Sciences in Mesa, AZ.

When discussing policy issues or proposed legislation, I like to know the facts. While anecdotal information certainly contributes to the discussion, I do not base my decisions solely on it. I want more solid information on the issues being considered, and that includes access to reliable data. Often, the Center for Rural Pennsylvania is the source of that data.

Do you know that the Center maintains the most comprehensive statewide database on Pennsylvania €“ and it covers all 67 counties, urban and rural.

This database includes U.S. Census data, covering multiple decades, the U.S. Ag Census, and a host of other federal data sources, including the U.S. Departments of Health and Human Services, and Commerce, and the Centers for Medicare and Medicaid, to name just a few. In addition, the Center tracks data from many state agencies or has cooperative agreements to access their data for research and analysis. Depending on how the data are initially collected, the Center can review, analyze and present them at the county, municipal, and or school district levels.

Information from the Center’s database is available to everyone: members of the Pennsylvania General Assembly, state and local government officials and employees, community organizations, educational institutions, businesses, individuals, and the media.

If you’re looking for data, especially as they relate to rural Pennsylvania, click on the “Demographics” menu tab above. And remember, if you do not find what you’re looking for, call the Center at (717) 787-9555 or email info@rural.palegislature.us with your specific data requests. We add and update information regularly as federal and state data are released and as Center sponsored research is finalized. The feature article in this edition highlights the results from an in-house survey conducted on municipal officials in small communities across the Commonwealth.

As we welcome the long-awaited Spring season, I am pleased to also welcome Sen. Katie J. Muth to the Center’s board. Sen. Muth represents the 44th Senatorial District and was appointed to the board in March. I look forward to her participation in the Center’s work.

Center Board Elects Slate of Officers

At its meeting on February 4, the Center for Rural Pennsylvania’s Board of Directors re-elected Senator Gene Yaw as board chairman for a full two-year term.

Sen. Yaw, who represents the 23rd Senatorial District, which includes Bradford, Lycoming, Sullivan, and Union counties and portions of Susquehanna County, was first elected chairman in 2011.

Joining Senator Yaw as officers are: Representative Garth Everett, who represents the 84th Legislative District, which includes parts of Lycoming and Union counties, as vice chairman; Dr. Nancy Falvo, who represents faculty from the Pennsylvania State System of Higher Education (PASSHE) universities and teaches the online Bachelor of Science in Nursing Program for Clarion University, as secretary; and Stephen M. Brame, who serves as Gov. Tom Wolf's representative to the board and is vice president of Public Affairs and Members Services for the Pennsylvania Rural Electric Association/Allegheny Electric Cooperative.

Sen. Katie J. Muth joined the board in March. She represents the 44th Senatorial District, which includes parts of Montgomery, Chester and Berks counties. 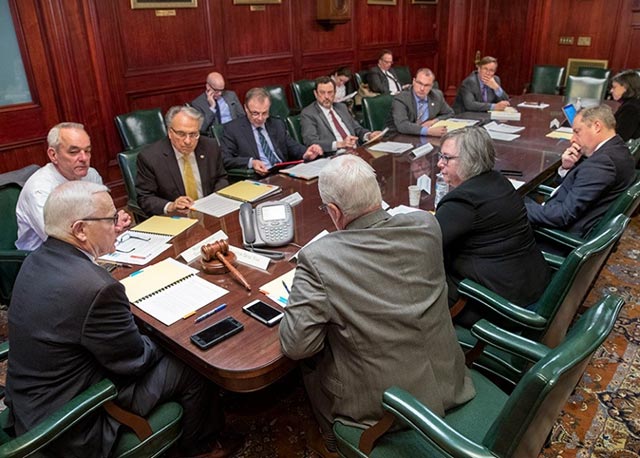 At its February meeting, the Center's Board of Directors elected officers, and discussed a range of targeted topics for the 2020 Research Grants Program.

In this Snapshot, a young adult homeowner is defined as a person under 35 years old who owns the home in which he/she lives. 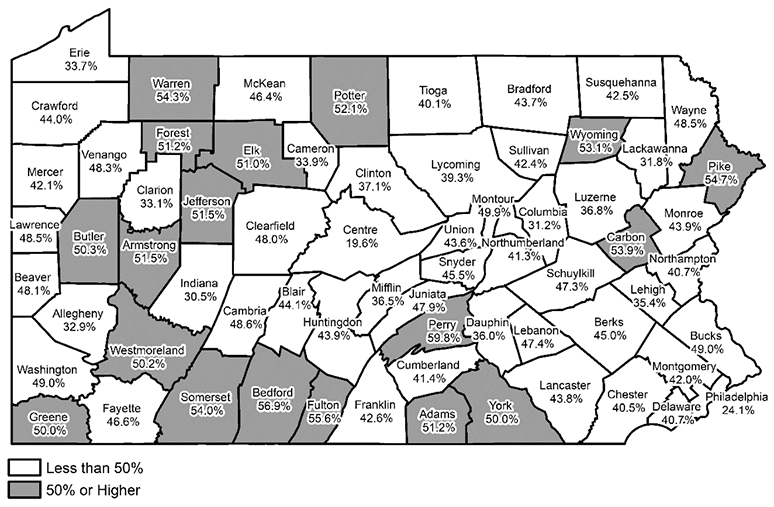 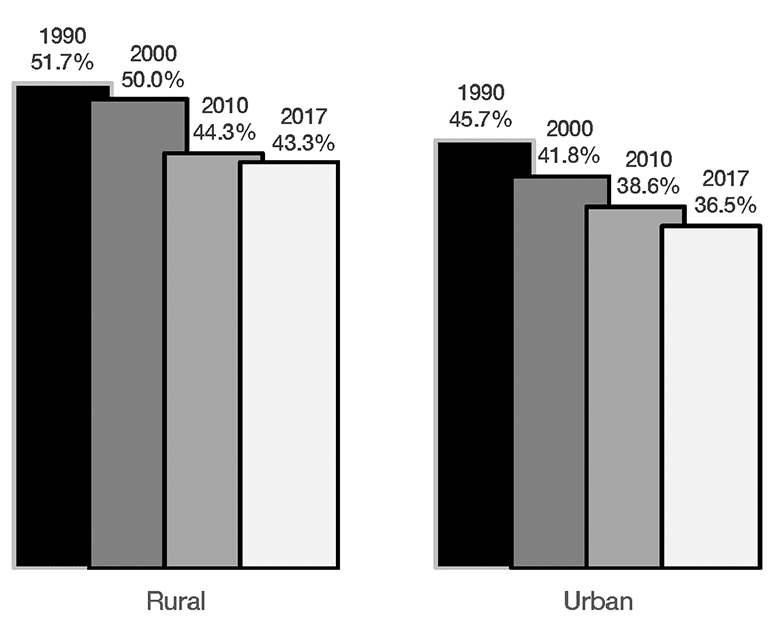 Change in Homeownership Among Young Adults, by County, 2010 to 2017 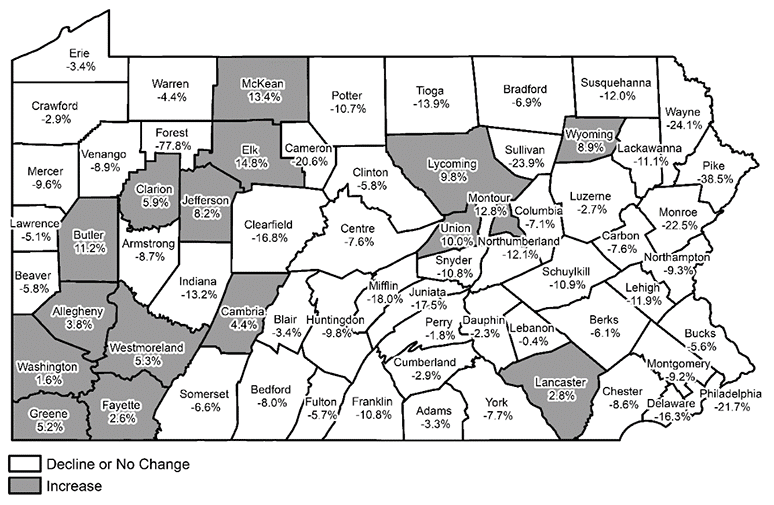 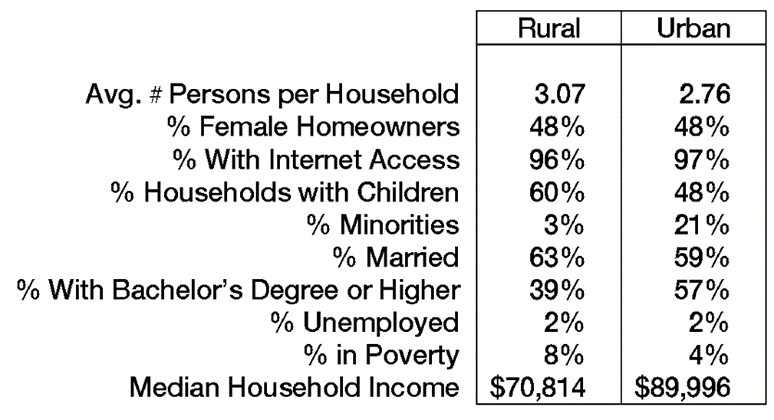 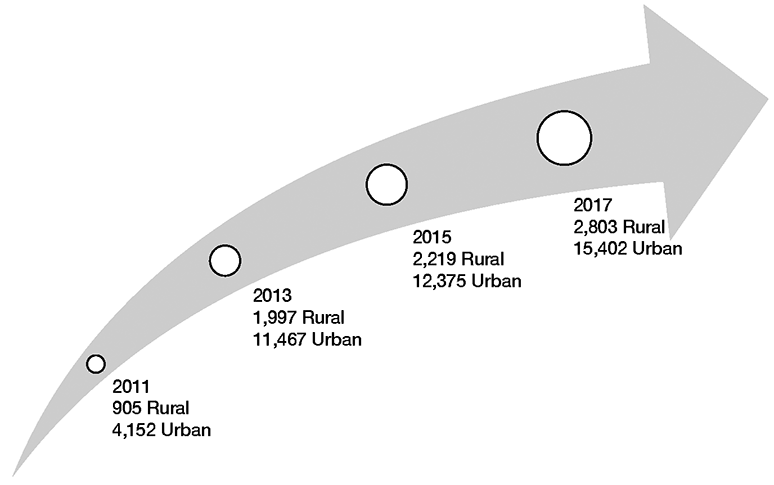 Data source: Federal Housing Finance Agency (FHFA), Enterprise Public Use Database, Single-Family Properties, Census Tract File. A first-time buyer, is defined by FHFA as a homebuyer who intends to live in the purchased home and who has not owned a home in the past 3 years. 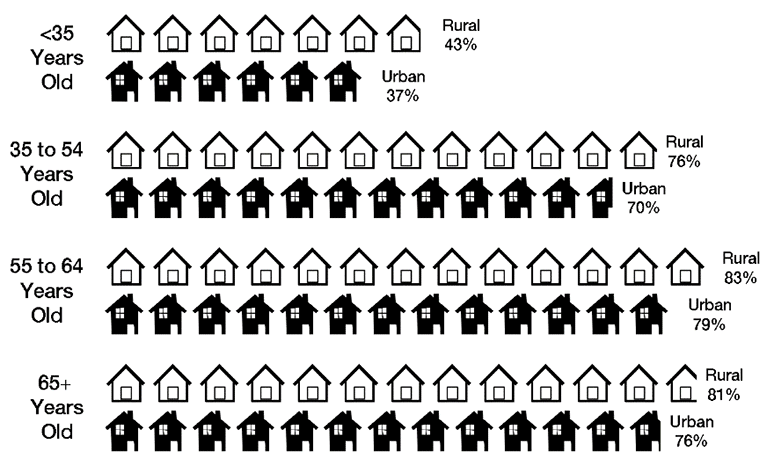 Drug overdoses killed nearly 72,000 Americans in 2017, with 58 percent involving a prescription or illicit opioid. According to 2018 data from the Centers for Disease Control and Prevention (CDC), overdose deaths have increased in all categories of drugs examined for men and women, people ages 15 and older, all races and ethnicities, and across all geographic areas.

The opioid crisis has impacted rural areas especially hard. According to 2017 data from the CDC, from 1999 to 2015, there was a rising death rate of drug overdoses in rural areas, with a prevalence rate that increased 325 percent, contrasting with the increase in the urban rate of 198 percent.

The researchers used secondary data from the Pennsylvania Department of Drug and Alcohol Programs, a literature review, Geographic Information Systems (GIS), and surveys and interviews with MAT clinic administrators to complete the research.

What is MAT
MAT includes the use of methadone, buprenorphine, Suboxone, naloxone, and naltrexone in residential, behavioral, or outpatient programs, hospitals, and jails and prisons to help individuals suffering from opioid addiction to overcome withdrawal symptoms, cravings, and potential overdose.

The research also found that those who seek emergency care and long-term treatment for opioids and who live in rural areas of Pennsylvania have limited access to care. Mobile clinics and outreach teams that provide MAT services could potentially be a major source of care in Pennsylvania given the state’s rural nature.

Other barriers to accessing MAT services are lack of childcare and housing, lack of transportation, limited private insurance coverage, and limited funding for MAT services.

Another barrier faced by patients is the stigma against those with opioid use disorder and the use of MAT services.

Expanding MAT
The research found that many opportunities for expanding MAT services exist. These include directing additional funding from SCAs to MAT services, addressing stigma through education, and increasing childcare and public transportation services. The number and hours of operation for MAT clinics could also be increased. Pennsylvania county drug courts should allow MAT services to be provided to those drug court participants who have medically prescribed and monitored MAT plans.
Finally, strict enforcement of insurance regulations by the state could increase coverage for MAT services.

Report Available
For a copy of the report, The Availability of Medication-Assisted Treatment for Opioid Addiction in Pennsylvania, visit the Center’s website at www.rural.palegislature.us.

The bankruptcy rates were identical in rural and urban Pennsylvania at168 filings for every 100,000 residents.

In both rural and urban Pennsylvania, the majority of bankruptcy filings in 2018 were for consumer debt (97 percent in rural and 96 percent in urban). Business fillings accounted for 3 percent of the rural filings and 4 percent of the urban filings. Consumer debt is debt incurred by an individual primarily for a personal, family, or household purpose. Business debt is debt from a corporation or partnership, or debt related to the operation of a business.

The Census is Hiring! Jobs Available to Assist with 2020 Census

The U.S. Census Bureau is recruiting thousands of people across the country to assist with the 2020 Census count.

A variety of temporary jobs, including census takers, recruiting assistants, office staff, and supervisory staff, are available. To be eligible, you must be at least 18 years old, have a valid Social Security number, and be a U.S. citizen. Candidates must complete an online job application, which includes assessment questions about your education, work, and other experience.