Awareness of domestic violence (DV) has increased over the past three decades, and so have the victim services and criminal justice responses to such incidents, overall. In rural areas, however, victim services face unique challenges in helping DV victims, and criminal justice responses to DV cases remain uneven, according to the results of two research projects sponsored by the Center for Rural Pennsylvania.

The study, Analysis of Domestic Violence Services in Rural Pennsylvania, focused on the 60 domestic violence service centers/shelters funded through the Pennsylvania Coalition Against Domestic Violence (PCADV), a publicly funded coalition of domestic violence centers in the state. The researchers used secondary data from PCADV and the Pennsylvania Commission on Crime and Delinquency, and conducted a survey and focus groups with shelter personnel and clients. The researchers used the Center for Rural Pennsylvania’s definition of rural and urban counties.

The research found that, in general, adult females were most likely to use shelter services, followed by girls. In urban shelters, adult females were again most likely to use shelter services. However, all other age groups, including girls, boys, adult males, and senior citizens, used services without showing significant differences based on age. The research also found that shelters in rural counties noticed a generational and intergenerational indifference toward interpersonal violence.

They defined the perpetrator of domestic violence as a person who was currently or recently in an intimate relationship with the victim, who might be a spouse or boyfriend/girlfriend. The study eliminated the category of domestic violence against children, parents, siblings or other family members related by blood or marriage.

The largest barrier faced by district judges in determining consequences for offenders was the unwillingness of DV victims to testify against the abuser. Even when victims testify, cases are often reduced to summary offenses, which are less than misdemeanors. As a result, offenders do not have criminal records that could possibly influence future evidence-based assessments of the risks to victims. Additional research needs to explore the possibility of changes in processing, such as evidence-based prosecution, which would not rely on victim testimony.

The findings suggest the need for a graded range of disposition available to magisterial judges, such as court-mandated domestic violence treatment or possibly substance abuse counseling if the offender was consuming drugs or alcohol at the time of the offense.

Board Thanks Sen. Wozniak for Service 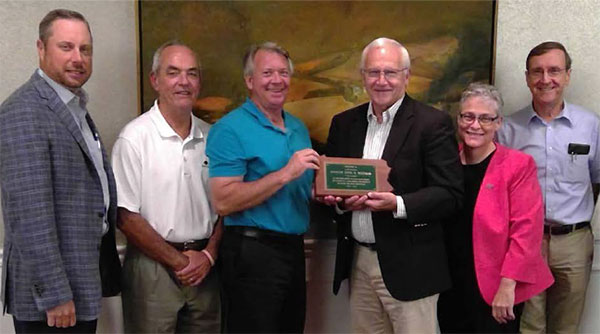 At its August meeting, the Center for Rural Pennsylvania's Board of Directors recognized Board Vice Chairman Sen. John Wozniak for his 14 years of service to the Center for Rural Pennsylvania and the board. During his tenure, Sen. Wozniak also served as treasurer. Sen. Wozniak is retiring at the end of the year. Pictured left to right: Steve Brame, Rep. Garth Everett, Sen. Wozniak, Sen. Gene Yaw, Dr. Karen Whitney, and Dr. Stephan Goetz.

According to a July 2016 report from the Drug Enforcement Administration (DEA) Philadelphia Field Division’s (PFD) Intelligence Program, more than 3,300 people died from an overdose in Pennsylvania in 2015. That same report cited a 23.4 percent increase in the total number of overdose deaths in Pennsylvania from 2014 to 2015. Sadly, information being collected this year will most likely point to an increase in overdose deaths for 2016. The continuing increase in drug-related overdose deaths certainly confirms a clear and present crisis for our state’s law enforcement, public health agencies and educators to combat drug availability, provide drug treatment and promote drug education.

Over the past 3 years, the Center for Rural Pennsylvania’s Board of Directors has heard first-hand testimony about the heroin/opioid epidemic and what the community, law enforcement, treatment and health care professionals, educators and state and local governments are doing to address this crisis. The Center’s work has laid the foundation for greater awareness by the General Assembly in coordinating a statewide response. A number of bills already have been introduced in the Senate and House of Representatives to address various aspects of the epidemic. And, the Center’s board and staff continue to work with the Department of Drug and Alcohol Services, the Department of Health and the Physician General’s Office to help spread the word about the importance of the life-saving drug naloxone and on the implementation of the prescription drug monitoring program.

On September 20, the Center’s Board will sponsor its 11th public hearing on the heroin/opioid epidemic at the Kovalchick Convention and Athletic Complex at Indiana University of Pennsylvania. With this hearing, which is being hosted by Sen. Don White, the Center hopes to continue raising awareness of the issue and gather more information for the legislature and the state as a whole. The testimony that the Center has gathered to date is on my website, and more information about the hearings and the summary reports from the hearings are available on the Center’s website.

On behalf of the Center’s Board, I want to take this opportunity to thank Sen. John Wozniak for his 14 years of dedicated service and commitment to the Center for Rural Pennsylvania and Pennsylvania’s rural communities overall. Sen. Wozniak is retiring from the Senate at the end of the year, but I know that his work to support the growth and vitality of rural Pennsylvania will remain strong.

Background: This installment of Rural Snapshot looks at poverty in Pennsylvania. For the analysis, the Center used the U.S. Department of Health and Human Service's 2016 federal poverty level (FPL) income numbers, which are based on household income and household size. In 2016, the poverty level for a family/household of three is $20,160. 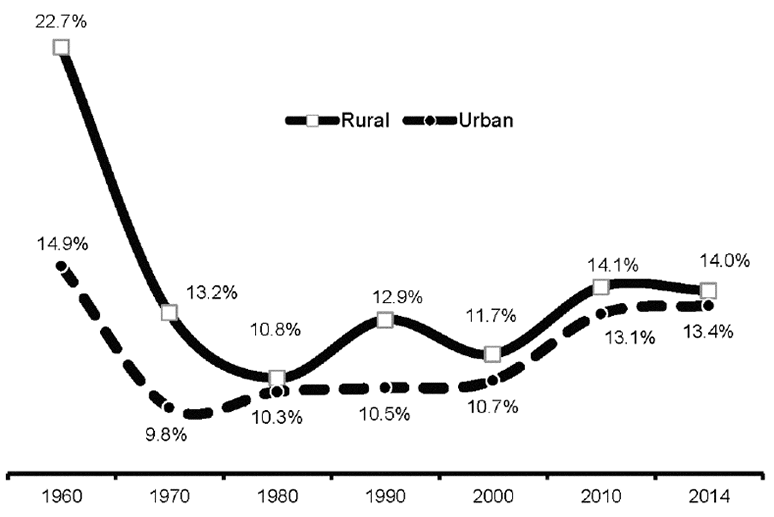 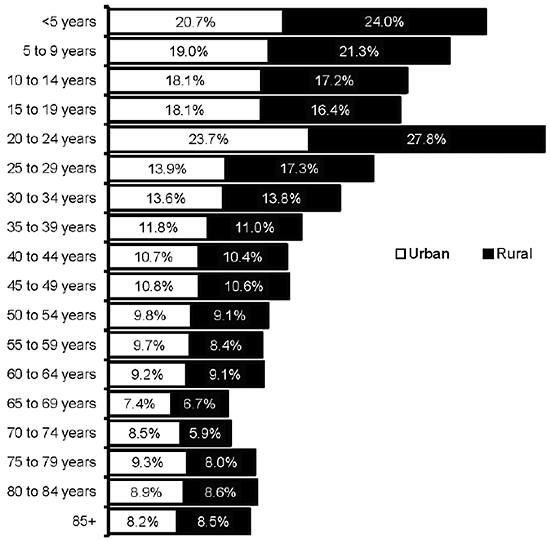 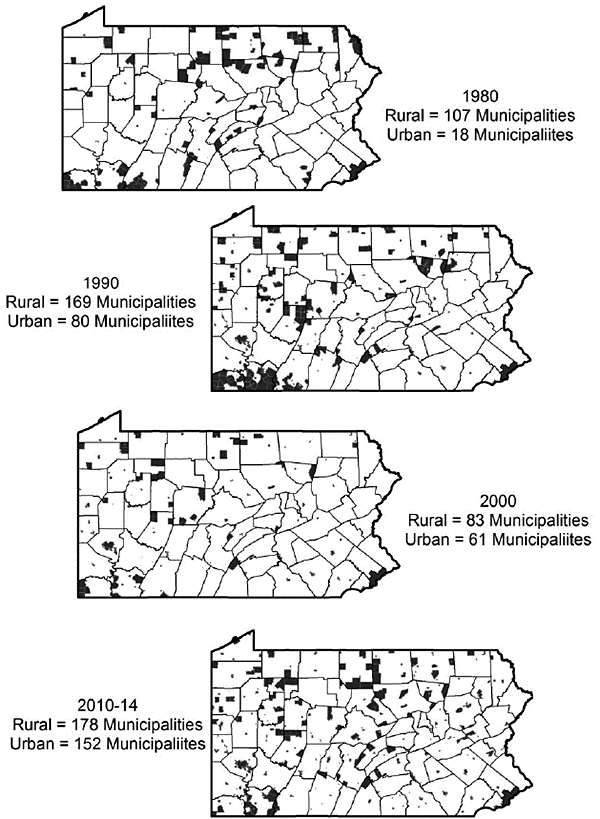 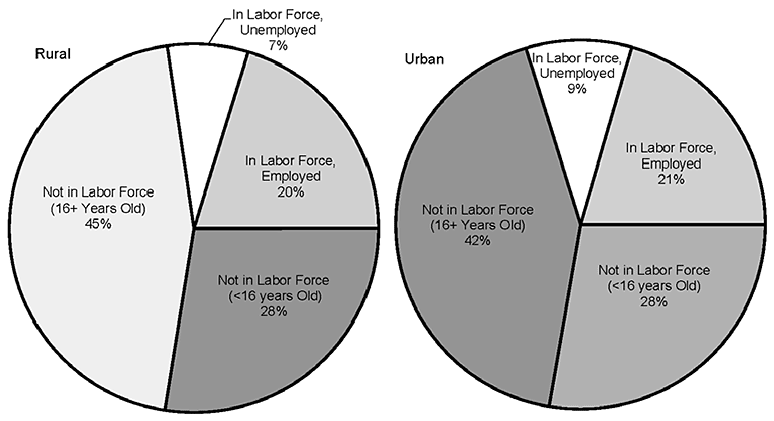 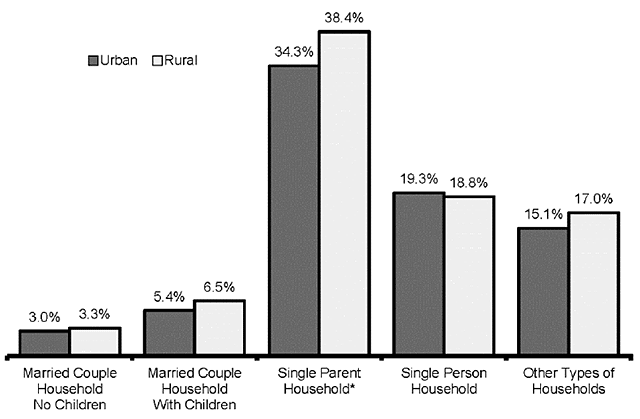 The voter participation rate was determined by dividing the number of votes cast for president by the number of persons who were 18 years old and older.

Between 1976 and 2012, 1.27 million rural residents, on average, voted during a presidential election. During this period, however, there were some peaks and valleys. For example, the two highest peaks were in 2004 (G.W. Bush vs. Kerry) and in 2008 (Obama vs. McCain). During these two presidential elections, more than 1.46 million rural voters, or 55 percent, cast ballots.

The two valleys were in 1980 (Reagan vs. Carter) and 1988 (Bush vs. Dukakis), when 1.14 million rural voters, or 47 percent, cast ballots. These peak-and-valley patterns were similar among urban voters.

Data from a 2012 PEW Research Center survey indicated the average age of rural voters in the U.S. is 52. Fifty percent of these voters are female, white (88 percent) and have some level of college education (55 percent). When asked where they got their information on the presidential campaign, 74 percent said television, 9 percent said newspapers, 8 percent said radio, and 8 percent said the Internet.

Fifty-three percent of rural voters said campaign commercials were not helpful in their decision making. 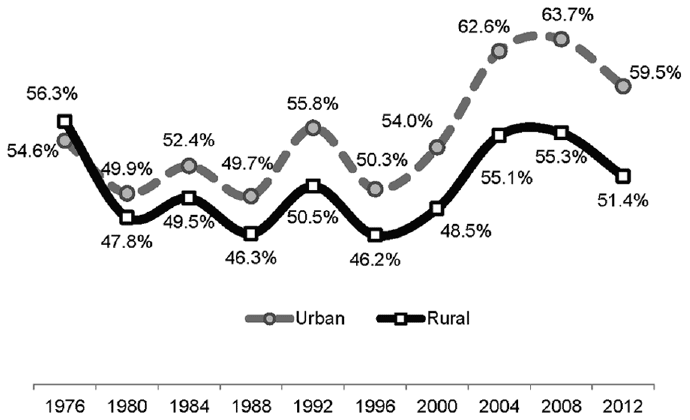 In 2014, there were about 254,000 students enrolled in colleges or universities in rural Pennsylvania.
Did you know:

Just the Facts: On the Right Track

There are nearly 3,000 miles of active railroads in rural Pennsylvania, according to 2016 data from the Pennsylvania Department of Transportation (PennDOT). That’s 55 percent of the more than 5,400 miles of rail lines in Pennsylvania.

The majority of rural railroad miles (88 percent) are used to transport freight. Passenger rail makes up 11 percent, and tourist or excursion rail comprises 1 percent of the total mileage.

According to data from the Association of American Railroads, there are 138,524 rail miles in the U.S.

In rural Pennsylvania, there are 3,070 railroad road crossings, or an average of one crossing every railroad mile. Most of the rural road/rail crossings (76 percent) are at grade, meaning there are no underpasses or overpasses across the railroad.

In urban Pennsylvania, there are 4,136 railroad road crossings, or an average of one crossing every 0.6 railroad miles. Fifty-two percent of urban crossings are at grade.

According to PennDOT’s records, from 2010 to 2015, there were 179 vehicle crashes involving trains.  Sixty-five of these crashes occurred in rural areas and resulted in nine fatalities. In urban areas, there were 114 vehicle/train crashes that resulted in seven fatalities.