Hospital and health system mergers happen regularly, and these days, they tend to occur across increasingly larger service areas. The reasons for these healthcare alliances often include increased service efficiency and improved service availability and quality.

Rural health organizations, especially rural community hospitals, are increasingly aligning with larger healthcare systems to minimize operational and financial risk, and increase capacity. However, little is known about how these healthcare alliances might impact community health capacity and the health-related quality of life of rural Pennsylvanians. In other words, do these alliances truly benefit rural residents? 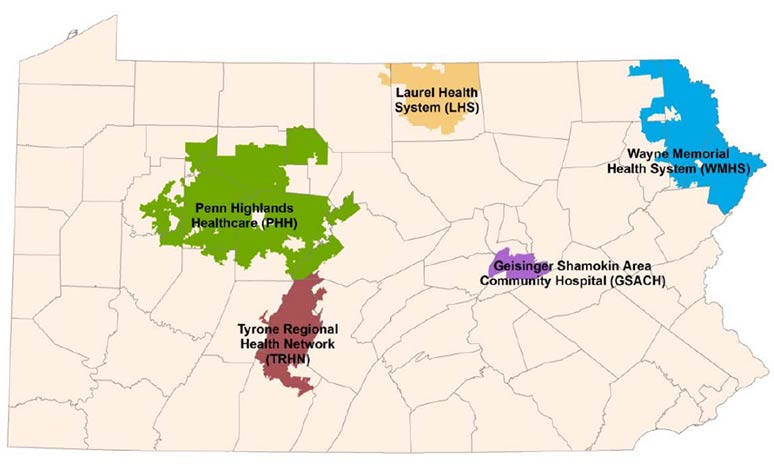 Findings
Overall, the researchers learned that all five health systems were influenced by one or more of the following considerations. First, rural community health leaders simply believed that the benefits of forming an alliance to better leverage scarce resources outweighed the associated costs. Second, institutional leaders believed operational efficiencies could truly be achieved by reducing inter-organizational redundancy and improving service coordination. Third, because of the increasing complexity and risk of newly developing healthcare reimbursement and service delivery models, rural community health leaders believed that alliances could potentially mitigate uncertainty by more broadly sharing the risks associated with change and by committing greater and more expert resources to market adaptation. Finally, on occasion, rural health organizations attempted to collaborate with a more prestigious organization to increase legitimacy.

Overall, the researchers found that, in most cases, the alliances minimized the rural hospitals’ operational and financial risks and increased community health capacity through increased investment in rural hospitals and their associated services. In many instances, the introduction of new services was based on documented community need. And in several cases, innovative approaches to care were implemented. An example includes the application of telemedicine solutions to improve access to specialty care services. The research documents numerous efforts to improve care coordination and invest in clinical quality. Although it was beyond the scope of the research to conclusively demonstrate that the organizational changes improved community health status, the study showed that population-based health management models, which offer the potential for long-term health status improvement, are in place in several communities.

For a copy of the report, Exploring Healthcare Alliances in Rural Pennsylvania, visit www.rural.palegislature.us.

According to a July 2017 report from the U.S. Drug Enforcement Agency-Philadelphia Division and the University of Pittsburgh, the heroin and opioid epidemic claimed over 4,600 lives in Pennsylvania in 2016. The report also notes that 78 percent of Pennsylvania counties had overdose death rates higher than the national average.

Since 2014, the Center has held 12 public hearings throughout the state to raise awareness about the epidemic. From these hearings, we’ve learned that this epidemic’s reach runs far and wide, affecting not only those who are struggling with addiction, but also family, friends, treatment and healthcare professionals and facilities, law enforcement, emergency responders, employers, educators, and entire communities. We have also learned that numerous individuals and organizations have stepped up to fight this epidemic. We have seen laws enacted to address specific issues related to the crisis, such as Act 139 of 2014, which made naloxone more widely available, Act 191 of 2014, which enhanced the Prescription Drug Monitoring Program, and Act 124 of 2016, which requires prescription drug prescribers to obtain initial and continuing education in pain management, identification of addiction and the use of opioids as effective treatment. We have also seen new programs implemented to address the need for treatment and prevention programs, like the Pennsylvania Department of Drug and Alcohol Program’s warm hand-off process, which helps overdose survivors who go to emergency departments to receive counseling and a doctor’s referral so that they may be transferred directly from the emergency department to a drug treatment facility.

However, 3 years after the Center’s first hearing, we know we still have a great deal of work to do. As part of its role in serving the General Assembly, the Center will hold another public hearing in Williamsport, PA on October 26. This hearing will bring together practitioners in the fields of addiction, law enforcement, treatment, and education to look at the current state of addiction in Pennsylvania and to hear about what’s working and what still needs to be done.

To continue taking positive steps in tackling this epidemic, we all need to work together. And while government and law enforcement are rightful partners, so are our businesses and industries €“ including the pharmaceutical industry €“ our educational systems, the medical community, and the general public.

As Chairman of the Center for Rural Pennsylvania, I can tell you that the Center’s Board of Directors and staff are committed to continuing our work on fighting the heroin and opioid epidemic. For more information on the October hearing, visit the Center’s website at www.rural.palegislature.us.

On August 15, Indiana University of Pennsylvania (IUP) President and Center Board Member Dr. Michael Driscoll hosted the Center’s quarterly Board of Directors meeting at IUP. Dr. Susan Boser, a faculty member at IUP, presented background information and the current work being completed as part of her research, Employment Opportunities for Rural Residents with Disabilities in Pennsylvania.

After the meeting, the board and staff participated in a round table discussion with Indiana County local and county government, business, tourism, and university representatives. Topics included community and economic development, the opioid epidemic, the lack of broadband availability, healthcare, and tourism. 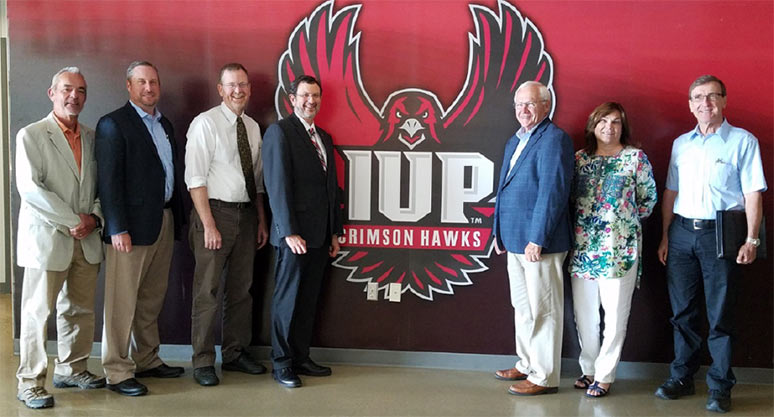 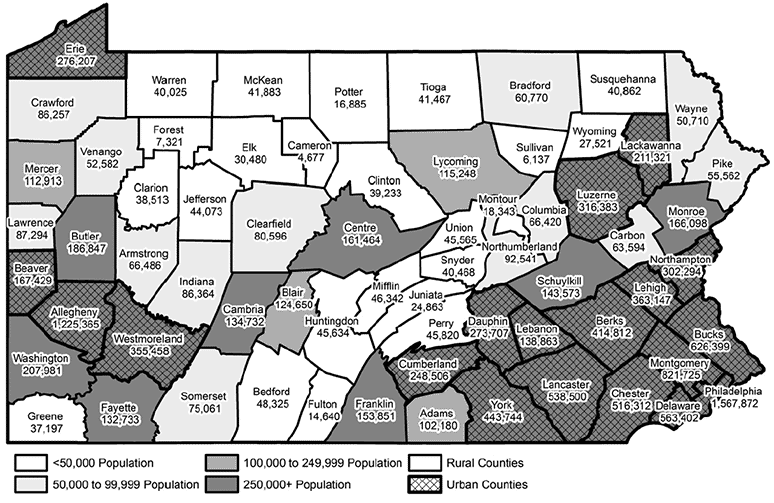 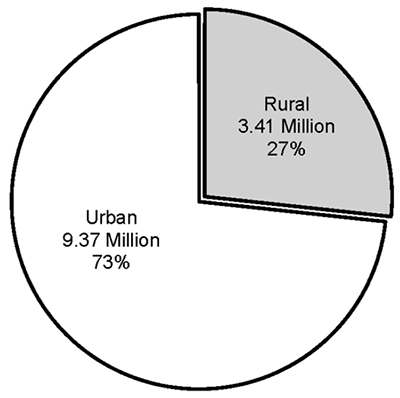 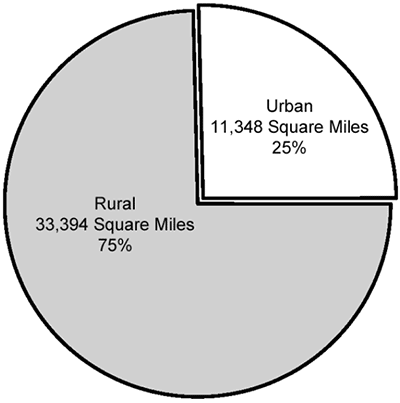 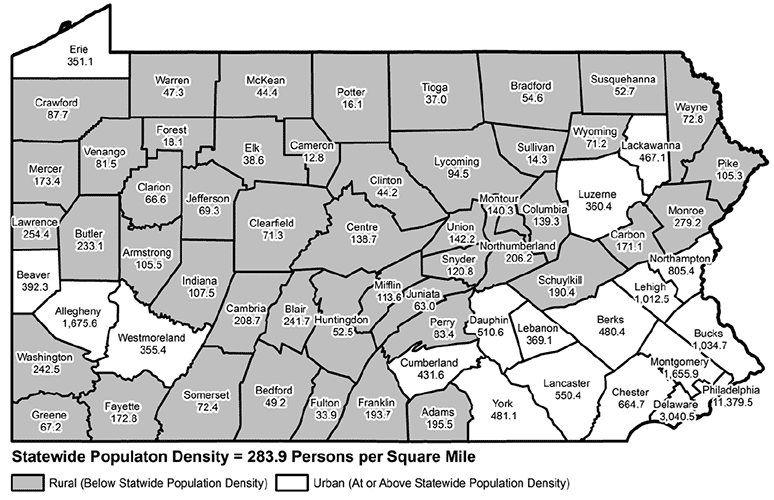 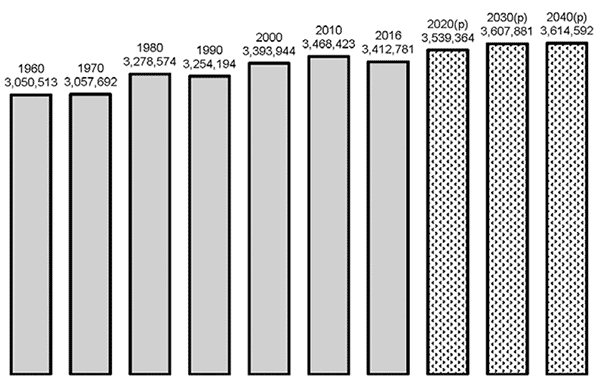 Changes to the National Flood Insurance Program are seriously impacting Pennsylvania because of its history of flooding, its pattern of development along rivers and streams, the age of its structures, and its system of local government.

Through the Biggert-Waters Flood Insurance Reform Act of 2012, Congress mandated that the Federal Emergency Management Agency (FEMA) adopt “full risk” or “actuarial” rates for flood insurance to address what was then a $20 billion budget shortfall caused by damage from recent storms. This resulted in sharp premium increases, especially for those property owners whose rates had been subsidized.

In 2014, Congress passed the Homeowner Flood Insurance Affordability Act, which reinstated some lower rates for some primary residences and delayed other rate increases. However, that extension expires in September 2017, and FEMA is still mandated to increase rates and decrease subsidies to address a now $25 billion deficit. Even with the 2014 modifications, these changes have and will impact Pennsylvania.

To explore the effects of these changes on Pennsylvania’s rural communities, researches from Pennsylvania State University, Florida Gulf Coast University and Bucknell University reviewed the legal and policy aspects at the federal, state, local and individual levels, and examined the demographic and geospatial information associated with flood-impacted communities in Pennsylvania.

The research, Flood Mitigation for Pennsylvania’s Rural Communities: Community-Scale Impact of Federal Policies, also examined the economic impacts to the housing market in floodplains, and explored how flooding, flood insurance, and other federal and state programs have impacted Pennsylvania’s rural communities through eight community case studies.

Enrollment in rural and urban career and technical centers (CTCs) is increasing. According to data from the Pennsylvania Department of Education, enrollment in comprehensive and occupational CTCs increased 4 percent from the 2012-13 to 2016-17.

Among the 37 rural CTCs, there were 16,345 students enrolled in 2016-17. These students comprised 12 percent of all rural school district students in grades 9 through 12.

Among the 33 urban CTCs, there were 30,490 students enrolled in 2016-17. These students comprised 9 percent of all urban school district students in grades 9 through 12.

Nationwide, in 2015-16, there were nearly 8.1 million students enrolled in CTE (Career Technical Education) schools. These students comprised 16 percent of all public school students. From 2011-12 to 2015-16, enrollment in CTEs increased 9 percent.