The research, sponsored by the Center for Rural Pennsylvania, involved a variety of research methods, including surveys, interviews, in-depth analyses of a sample of municipal ordinances, and geo-spatial mapping. The research was conducted by Dr. Steven Burg, Dr. George Pomeroy, Antonia Price, Taylor Little, and James Hughes of Shippensburg University, and Dr. Angela Cuthbert, Dana Edsall, and Zachary Moore of Millersville University.

The research also uncovered a range of documented current practices operating under the authority of the MPC to protect historic resources. For example, in a sample set of ordinances containing historic preservation language, the research found the most common regulatory provisions are: restrictions/delays on demolition of historic structures; review of alterations; the use of historic overlay districts; and design guidelines.

Based on the findings, the research team developed several policy considerations, including the following:

The report, Inventory and Analysis of Historic Preservation Ordinances in Pennsylvania Municipalities, is available here.

Help the Center and our research partners at Penn State University map broadband access throughout Pennsylvania by taking the broadband speed test at http://broadbandtest.us/. The test is part of the Center-sponsored research, Broadband Availability and Access in Rural Pennsylvania, and the results will help Penn State researchers, led by Professor Sascha Meinrath, to measure actual internet speeds in Pennsylvania.

The test also provides participants with information about their broadband connection.

Thanks for your help.

According to the Federal Communications Commission (FCC), 800,000 Pennsylvanians don’t have broadband internet access. That’s 6 percent of the state’s population. A majority of that population lives in rural Pennsylvania.

Because broadband access is so important, the Center’s board awarded a grant to Penn State University researchers to help determine the amount of high-speed access in rural Pennsylvania and to produce corresponding maps of legislative districts to help legislators make informed decisions about the issue in the communities they serve.

That research is now in its final months, and as researchers are still collecting the data they need, they are asking all Pennsylvanians to help them map broadband access in Pennsylvania by taking the broadband speed test at http://broadbandtest.us/. As noted on Page 1, the test provides participants with information about their broadband connection, as well.

We encourage you to take the broadband speed test, because this research will provide valuable insight into broadband connectivity throughout Pennsylvania. It will also help the legislature as it considers optimal ways to expand broadband service throughout our rural communities.

On a separate and very sad note, on behalf of the Center’s board and staff, I offer our deepest condolences to Rep. Sid Michaels Kavulich’s family and friends. I appreciated Sid’s strong support and involvement in the Center’s work. He will be missed. 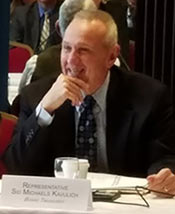 It is with deep sadness that the Center for Rural Pennsylvania mourns the loss of Board Treasurer Rep. Sid Michaels Kavulich. Rep. Kavulich passed Tuesday, October 16, due to complications from heart surgery earlier in the month.

“Rep. Kavulich cared deeply about Pennsylvania and was a strong advocate for our rural residents and communities,” said Sen. Gene Yaw, board chairman. “We were fortunate to have Sid on the board and will remember him for his integrity, thoughtfulness, and leadership. He will be sorely missed.”

Rep. Kavulich served on the Center’s Board of Directors since 2015. He was first elected to the state House of Representatives in 2011 and served on the Agriculture and Rural Affairs, Finance, Gaming Oversight, Tourism and Recreational Development, and Local Government committees. 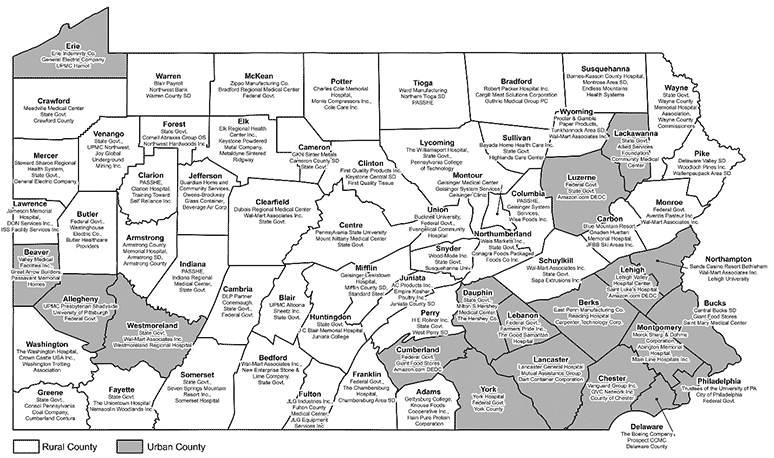 Note: Employer names are presented as reported by the Pennsylvania Department of Labor and Industry. Some employers may be doing business

Center Board Convenes Public Hearing on the State of Addiction

To learn and share more information about the disease of addiction, and the treatment options that are available to combat heroin and opioid addiction, the Center for Rural Pennsylvania held its 15th public hearing on Tuesday, October 2 at the State Capitol Building in Harrisburg.

Center Board Chairman Senator Gene Yaw said the Center Board convened this hearing because, oftentimes, addiction is seen as a moral failing, and not a disease.

“We must remove the stigma around the disease of addiction, and highlight the medication assisted treatment options that are available, such as methadone, buprenorphine and vivitrol,” he said.

Panelists at the public hearing were Dr. Bradley Miller, a Fellow of the American Academy of Family Physicians at UPMC Susquehanna in Williamsport, Pennsylvania’s Secretary of Health and Physician General Dr. Rachel Levine, and Dr. Frederic Baurer, president, and Dr. William Santoro, public policy chair, of the Pennsylvania Society of Addiction Medicine.

Those blue roadside markers with gold lettering that you see scattered around our state are signs that history is alive and well in Pennsylvania. The Pennsylvania Historical and Museum Commission (PHMC) established the historical marker program to recognize and celebrate our state’s rich history. These historical markers tell the tale of the person, place or event that made history in that spot.

In rural areas, 19 percent of the markers recognize towns, communities, and settlements. In urban areas, 11 percent of the markers recognize these places. Examples of these types of markers in rural areas include: Pithole City, an oil boomtown in Venango County; Kuskusaies Towns, Native American settlements in Lawrence County; and Ole Bull’s Colony, an immigrant community in Potter County.

There is a higher percent of signs in rural areas (12 percent) highlighting transportation (highways, bridges, canals, etc.) than in urban areas (7 percent). Examples of these markers in rural areas are the Switchback Railroad, the Sinnemahoning Path, and Dingman’s Ferry.

According to PHMC’s database, the earliest marker was dedicated in 1914 (Fort McCord in Franklin County). Seven signs were dedicated in 2018. Examples of the more recent markers are Dewey’s Sit-in in Philadelphia, and George H. Earle III in Delaware County.

The next time you’re out and about and see one of these blue and gold markers, why not stop and read a little something about Pennsylvania’s rich history.