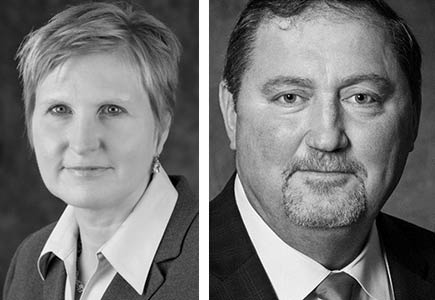 The Center for Rural Pennsylvania Board of Directors welcomes Ms. Shannon M. Munro of Pennsylvania College of Technology and Dr. Joseph T. Nairn of the Northern Pennsylvania Regional College. The two board positions were added with the passage of Act 15 of 2019, which increased the board’s membership from 11 to 13, and specified representation from each college.

Sen. Gene Yaw, Center board chairman, said: “I am pleased to welcome Ms. Munro and Dr. Nairn to the board and look forward to their participation and input in addressing the many issues impacting our state’s rural residents. Their backgrounds in workforce development and education also will serve the board well in continuing to identify issues for the Center’s yearly research grant program.”

Ms. Munro is vice president for Workforce at Pennsylvania College of Technology. She oversees the department responsible for developing and delivering training, consulting, and product development services for companies in multiple business sectors, including industrial, business/leadership, healthcare, plastics, computers, energy and transportation.

Dr. Nairn is the founding president of Northern Pennsylvania Regional College, which was established in 2017. He has nearly 40 years of higher education experience in private and public institutions. He began his career at Thiel College and spent 25 years at Rochester Institute of Technology. In 2008, he joined Finger Lakes Community College in New York, serving as executive assistant to the President and chief advancement officer.

Over the past five years, the Center has been sponsoring public hearings on all aspects of the heroin/opioid epidemic.

Beginning in July 2014 and throughout 2015, the Center held seven statewide hearings to learn about the breadth and depth of the heroin/opioid crisis and its impact on families, communities, treatment facilities, and our criminal justice systems.

From 2016 to 2018, we continued our work gathering information and recommendations on what was becoming the ripple effect of this public health crisis. We heard about the legal and financial challenges now faced by grandparents becoming primary caregivers, and the issues of physical health and behavioral health for those with a substance use disorder.

Through all of the years and the 15 hearings combined, the Center’s Board of Directors remained committed to this issue. Specifically, it wanted to raise awareness and help inform and shape public policy to combat this public health crisis.

The Center’s work continues as we hold our 16th public hearing in Harrisburg this September to hear about the status and impact of the state’s Prescription Drug Monitoring Program, or PDMP. The PDMP was established through Act 191 of 2014 to collect information on all filled prescriptions for controlled substances. The information collected helps health care providers safely prescribe controlled substances and it also helps patients get the treatment they need.

Joining us for the hearing will be two new board members, Ms. Shannon Munro, representing the Pennsylvania College of Technology, and Founding President Dr. Joseph Nairn of the Northern Pennsylvania Regional College.

In addition to planning the public hearing, Center staff is busy reviewing research proposals recently submitted for the 2020 research grant cycle. The board will consider funding recommendations at its December meeting. The researchers who are awarded funding will begin their research in early 2020.

Now that summer is coming to a close, it’s time to enjoy Pennsylvania’s season of fall foliage and festivals. From county fairs to hometown arts events and craft shows, rural Pennsylvania provides an autumn that is sure to please.

Enjoy this time of the year.

The out-migration of young adults in rural Pennsylvania is an ongoing challenge as it affects the future viability of our state’s rural areas and small towns.

To learn more about the similarities and differences between rural youth who stay in rural Pennsylvania and those who move out, the Center examined data from the 2017 American Community Survey, Public Use Microdata Sample from the U.S. Census Bureau. Here’s what the analysis uncovered:

How we analyzed the data
The 2017 American Community Survey, Public Use Microdata Sample questionnaire collects information on individuals who are 1 year old and older, and documents where they lived the year before the survey. The two survey response choices are the same house or a different house. Those who live in a different house are then asked for the mailing address of their prior residence. The addresses are then aggregated to the Public Use Microdata Sample Areas (PUMAs).

How Rural Residents Get to Work, 2017 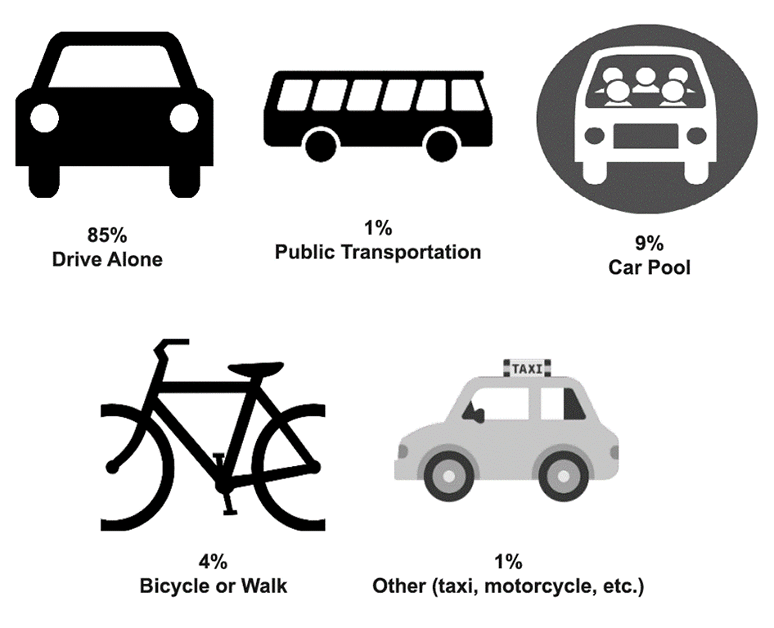 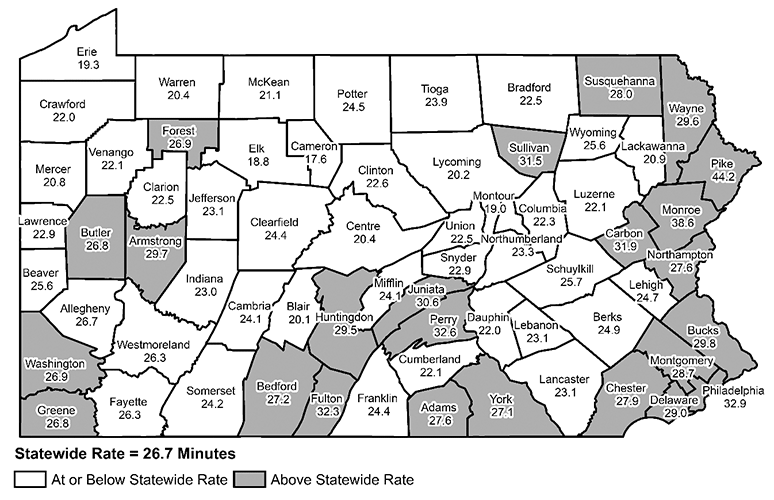 Place of Work for Rural and Urban Workers, 2017 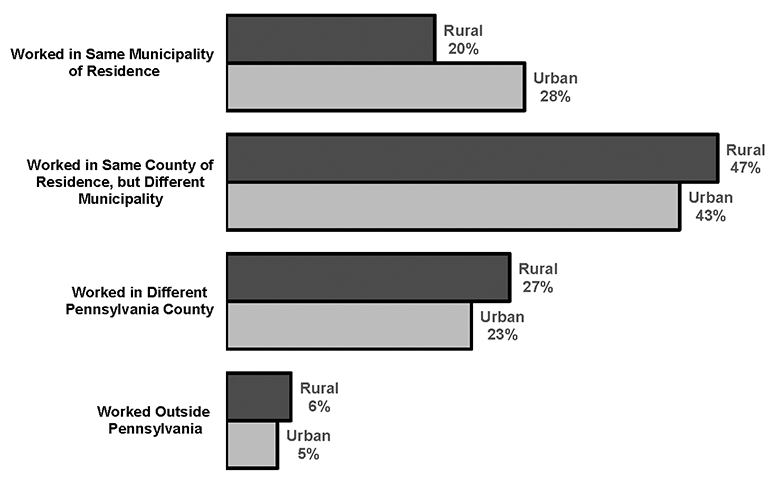 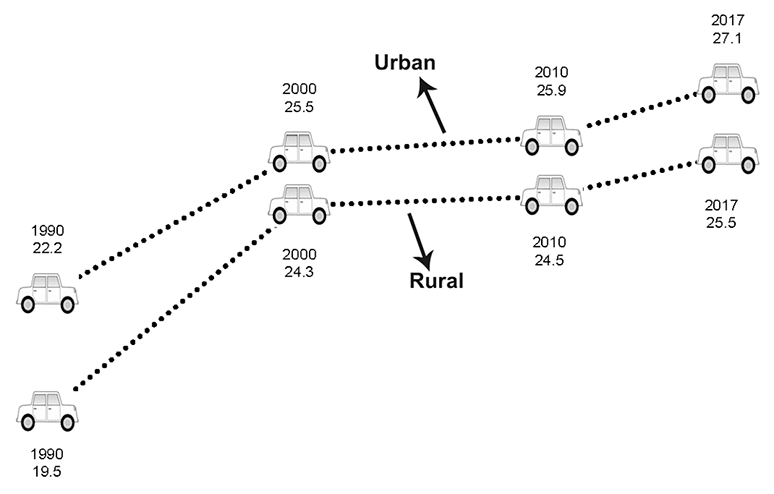 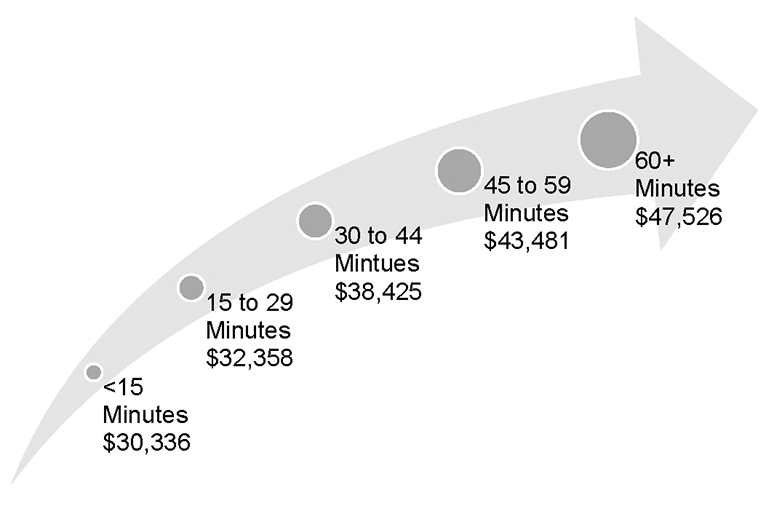 Recently released data from the U.S. Census Bureau suggest that the housing construction industry in rural Pennsylvania is growing slowly.

Across the U.S., there were more than 6.83 million new homes built, or a 5 percent increase, during this same period.

Change in the Number of Housing Units in Pennsylvania, by County, 2010 to 2018 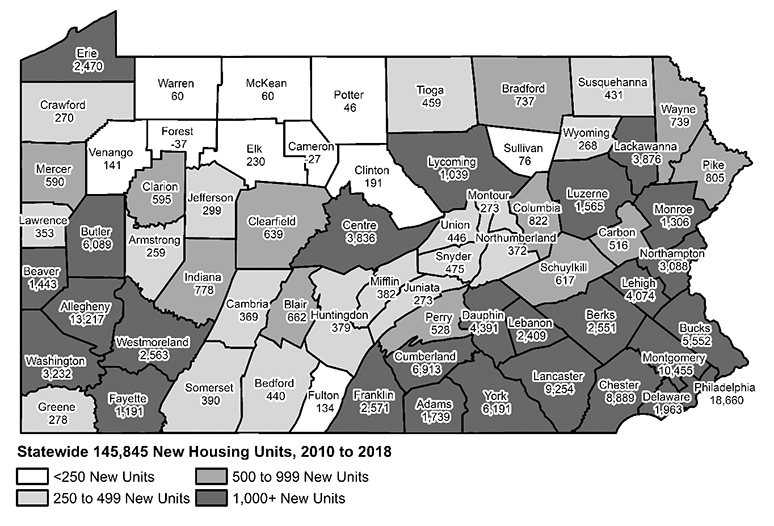 ¿Hablas EspaÃ±ol? Parlez-vous FranÃ§ais? Sprichst du Deutsch? If you can speak any of these languages, there’s a good chance you have a foreign language teacher to thank.

Statewide, the biggest decline was among Russian and Arabic teachers, each with more than a 40 percent decline. French and Germen teachers each declined by 20 percent.

By April 2020, households will receive an invitation to participate in the 2020 Census. Households will then have three options to respond: online, by phone, or by mail.

The U.S. Census Bureau will mark Census Day on April 1, 2020, with events across the country. This is a key date for the 2020 count. When completing the census, respondents will note where they are living on April 1. For more information on the 2020 Census, visit https://2020census.gov/.