Historic and archaeological human remains and burial sites are found all across Pennsylvania in abandoned or forgotten cemeteries, or in isolated, unmarked areas. The inadvertent discovery of these sites often present unique challenges for development and earth-moving activities. For example, there is little agreement about who has jurisdiction of these sites, who can determine the fate of the remains, and who is financially responsible to ensure that the remains are handled in an appropriate manner.

Through a research grant from the Center for Rural Pennsylvania, Dr. Andrea Palmiotto and Jamie Kouba of Indiana University of Pennsylvania developed a comprehensive assessment of Pennsylvania laws and regulations related to the discovery of historic and archaeological human remains and burial sites. The research included a review of state legislation on human remains, burial grounds, earth moving activities, and historic resources to determine the authority and responsibilities of various public entities involved in mitigation efforts.

The researchers also conducted eight case studies from across Pennsylvania to demonstrate the different procedures that have been employed to navigate the ethical, financial, and administrative challenges associated with these types of situations.

The researchers also developed several policy considerations for Pennsylvania, which are based on legislation established in other states, to address the respectful treatment of remains.

Policy considerations developed from the research include the following:

The report, Assessment of Legislation Applied to Historic and Archaeological Human Remains and Burial Sites in Pennsylvania, is available here. 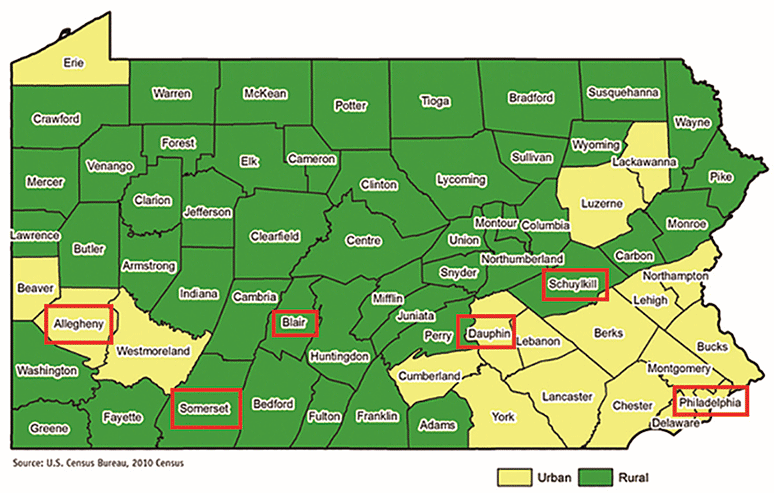 The research conducted eight case studies in six Pennsylvania counties (outlined in red). The case studies provided insight into the different ways that archaeological and historic human remains have been handled when encountered during development projects in Pennsylvania.

In January and February, the Center held four public hearings on a range of important issues, including the COVID-19 vaccine rollout in rural Pennsylvania, shrinking commercial air service at rural airports, the impact of the COVID pandemic on the heroin/opioid crisis, and expanding broadband access in rural Pennsylvania.

In three of the four public hearings, broadband was an important part of the conversation. Time and time again, the hearing participants noted how vital broadband is to our economy, our healthcare system, our schools, and more.

The public hearing on expanding broadband in rural areas featured Tri-County Rural Electric Cooperative (REC) and its subsidiary Tri-Co Connections, and the work they have been doing to deploy fiber optic broadband in the north central region of Pennsylvania.

Tri-County REC answered the call from its membership to deploy broadband in a region where high-speed service was unreliable or unavailable. It knew the challenges of the region’s geography and low-population density, but it also recognized the similarities between the need for rural electrification at the beginning of the 20th Century and the need for rural broadband today.

With the help of state and federal grants and loans, and by working with the Pennsylvania Public Utility Commission to address regulatory barriers, Tri-Co Connections began installing fiber optic cable in early 2020, and has now installed some 500 miles of fiber to connect 700 commercial and residential members. Additional featured hearing participants, who represented Develop Tioga, an economic development agency, Potter County Education Council, and Oswayo Valley School District, all noted their work with Tri-Co Connections in supporting broadband expansion for the benefit of employers and employees, entrepreneurs, ag producers, teachers, students, and senior citizens.

Through this hearing, we wanted to share a great example of how one organization worked with its membership and regional stakeholders to make broadband available to a region where the persistent lack of broadband hampered economic and community development, health care outreach, and educational opportunities. We hope it inspires others who may want to follow suit.

If you didn’t have the opportunity to attend the broadband hearing, or any of the other public hearings, click here for links to the video recording of each hearing.

At its February meeting, the Center for Rural Pennsylvania Board of Directors elected officers for the 2021-2022 legislative session.

He was first elected to the House of Representatives in 2006. Currently, he serves as chairman of the Agriculture and Rural Affairs Committee, and as a member of the Tourism and Recreational Development Committee. 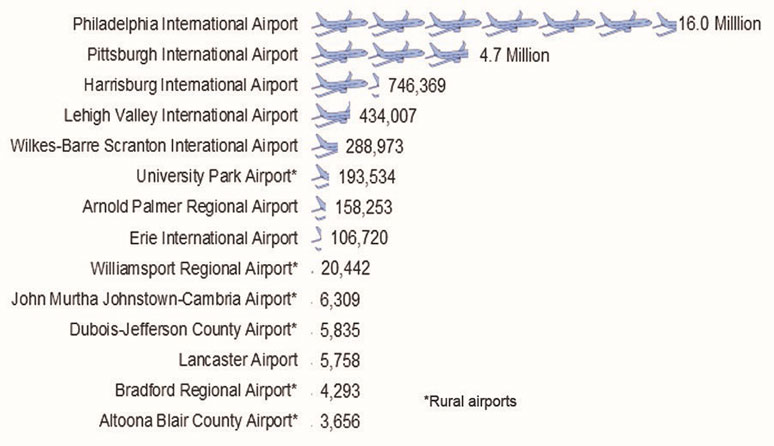 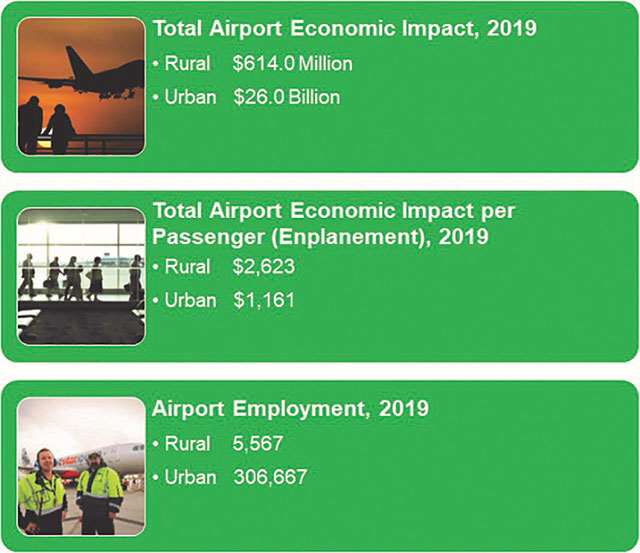 Public Use Airports in Pennsylvania, 2020 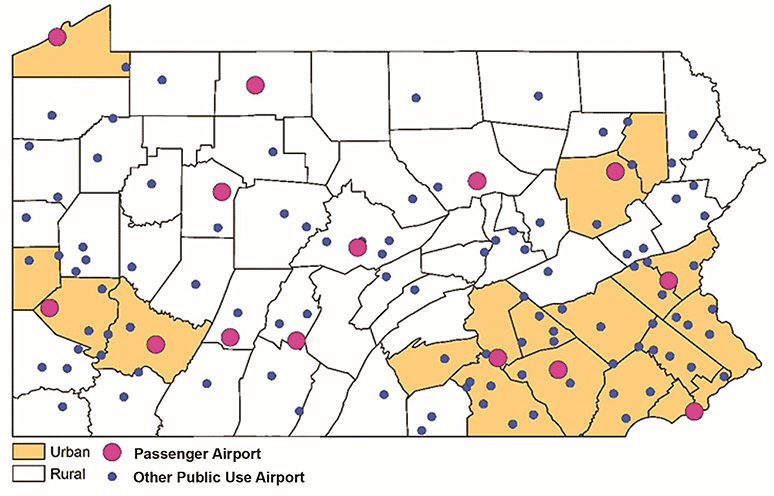 43% Percent of rural Pennsylvania population living within 25 miles of a passenger airport.

86% Percent of urban Pennsylvania population living within 25 miles of a passenger airport.

Number of Fixed Wing Aircraft by Ownership in Rural and Urban Pennsylvania, 2020 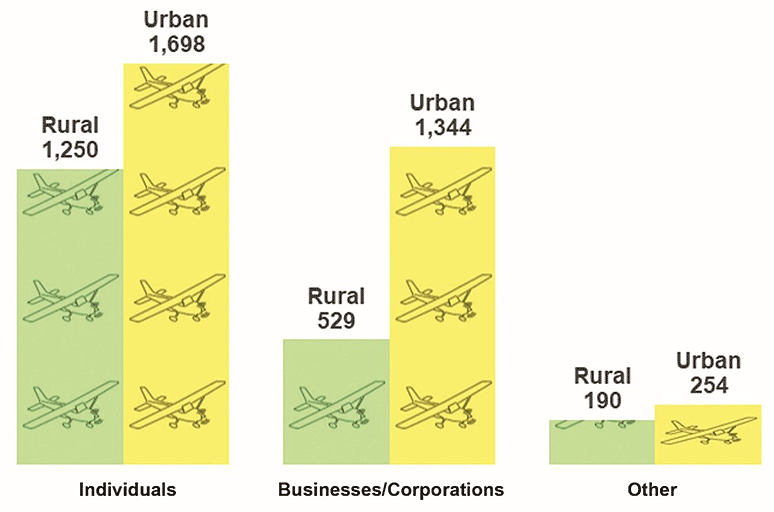 On February 4, the Center’s Board of Directors sponsored a public hearing to examine rural aviation and the decision by American Airlines to drop flights from many smaller U.S. cities, including Williamsport. More information on the hearing is available here. 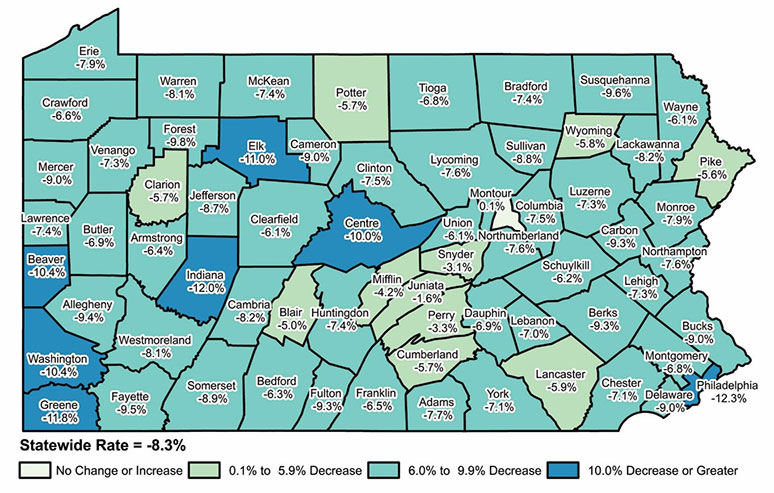 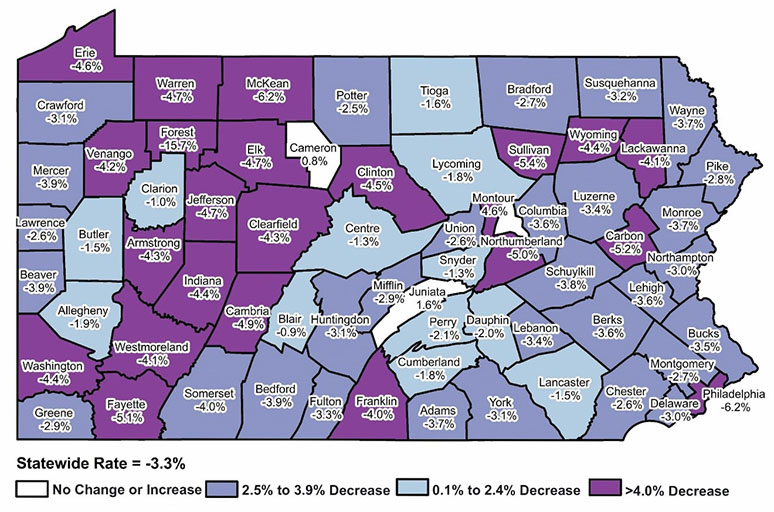 There has been an evolving shift toward cremation over the past three decades, according to data from the Pennsylvania Department of Health.

The increase in Pennsylvania cremation rates is not unique. Data from the trade association, Cremation Association of North America, indicated that, in 2018, 53 percent of decedents in the United States were cremated.

Data from the National Funeral Directors Association (NFDA) indicated that this trend will continue. NFDA projects that by 2040, 78 percent of decedents will be cremated. 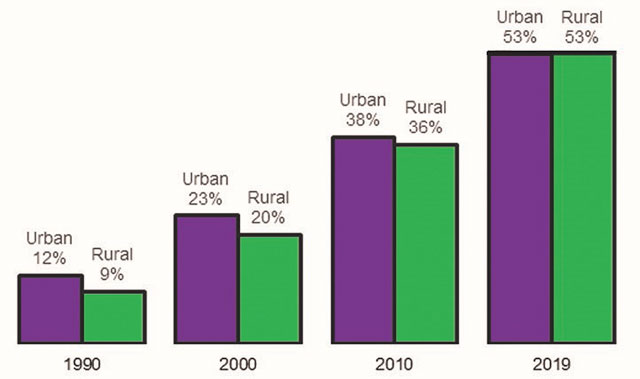 The onset of COVID-19 has affected businesses large and small across the nation and in Pennsylvania. One way to examine the pandemic’s impact on businesses is to look at data from the Workers Adjustment and Retraining Notification Act (WARN).

WARN, enacted in 1988, is a U.S. labor law that helps protect employees, their families, and communities by requiring most employers with 100 or more employees to provide 60-calendar-days advance notice of plant closings and mass layoffs affecting 50 or more employees at a single site of employment.