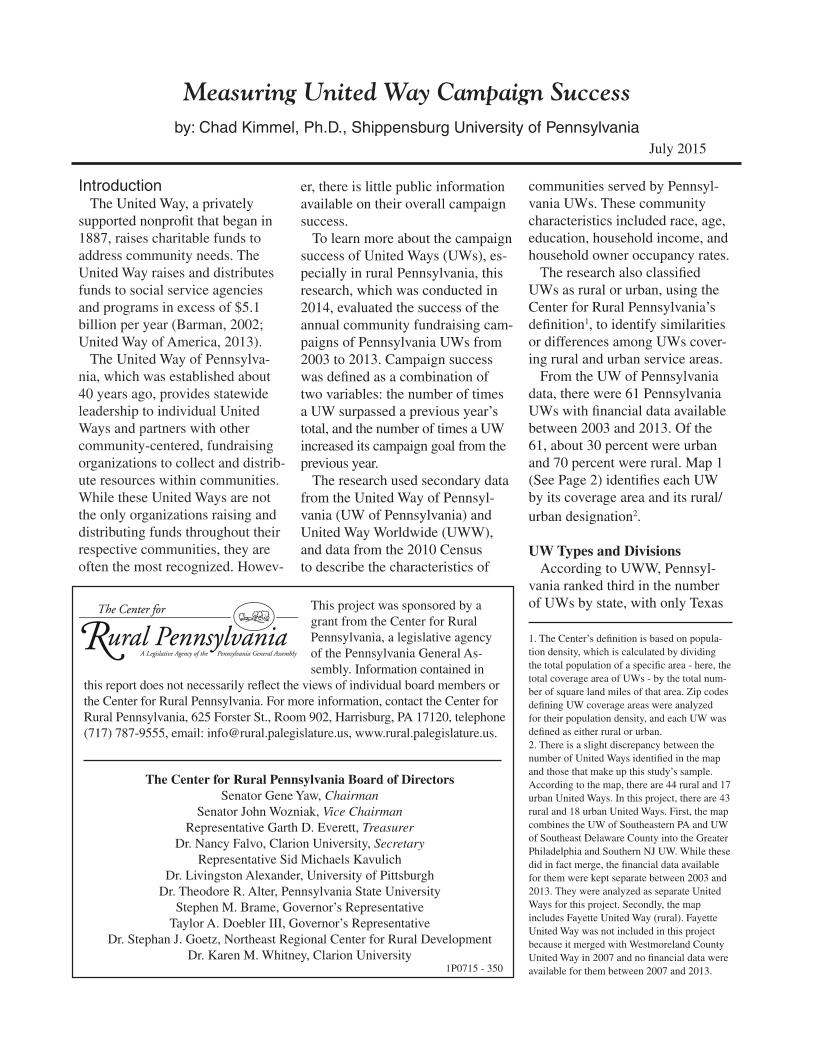 To learn more about the campaign success of United Ways (UWs), especially in rural Pennsylvania, this research, which was conducted in 2014, evaluated the success of the annual community fundraising campaigns of Pennsylvania UWs from 2003 to 2013. Campaign success was defined as a combination of two variables: the number of times a UW surpassed a previous year’s total, and the number of times a UW increased its campaign goal from the previous year.

Introducing the Center's new journal, Rural Policy: The Research Bulletin of the Center for Rural Pennsylvania.